Hurricane Dorian and COVID-19: Double Devastation in the Bahamas and the Road to Recovery 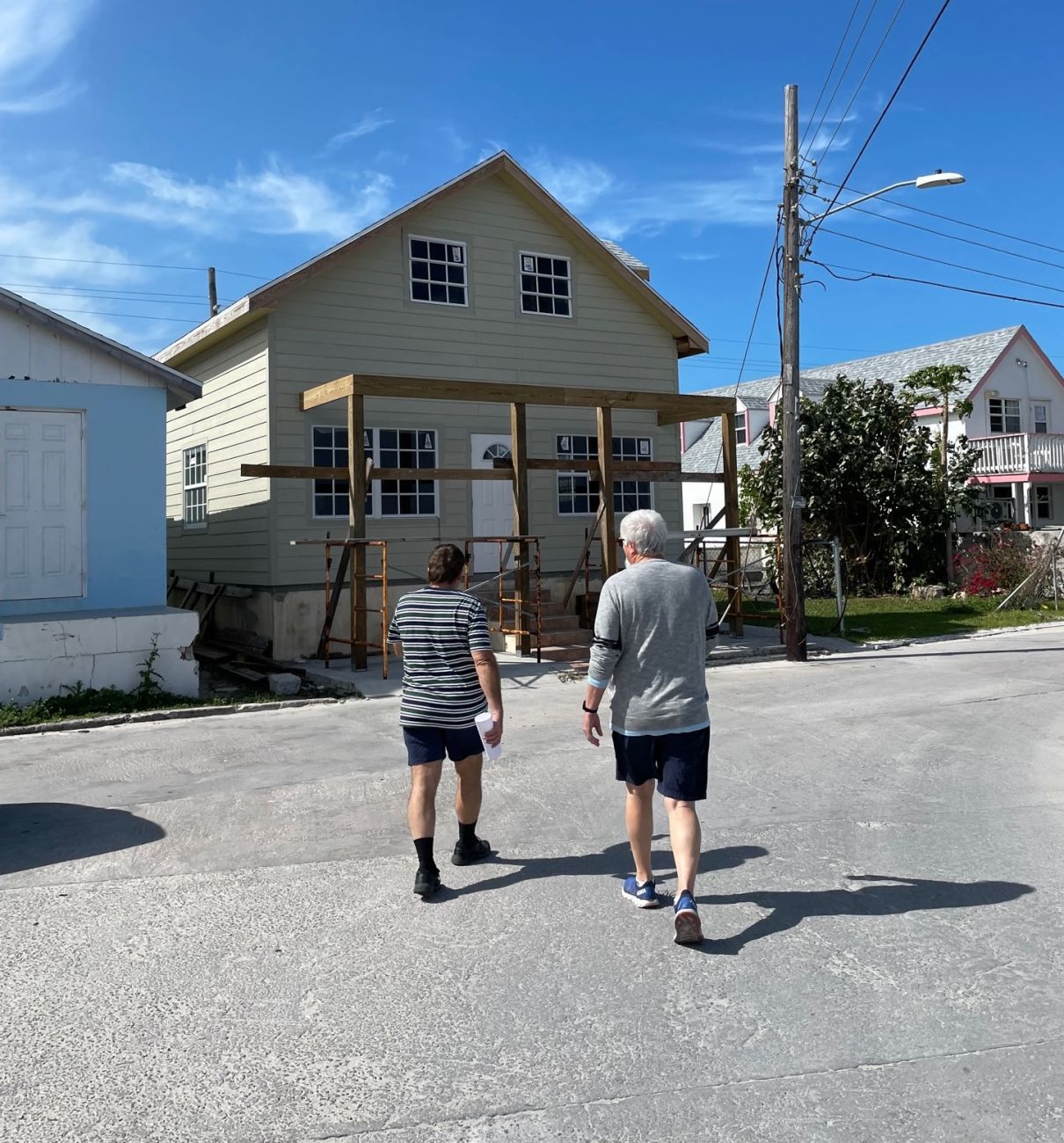 On September 1, 2019, Hurricane Dorian, the strongest recorded hurricane in the history of the Bahamas, devastated the Abaco Islands (a 120-mile island chain) and Grand Bahama. The Category 5 storm damaged or destroyed an estimated 90 percent of Abaco’s housing and infrastructure, and 76 to 100 percent of buildings in some areas of Grand Bahama. The Caribbean country’s health minister estimated that 200 people lost their lives, and about 76,000 people in Abaco and Grand Bahama became homeless.(1)

Working hand in hand with CMML and private individuals, we—a group of assembly workers who are familiar with the area and had visited the disaster sites—formed a committee to assist in distributing funds to believers in affected areas. From the outset, we focused on four of Abaco’s islands: Marsh Harbor (on the mainland), Man-O-War Cay, Green Turtle Cay, and Guana Cay.

In the first five months following the hurricane, residents began rebuilding despite overwhelming difficulties, making much progress. Then, around March 2020, the world changed as the COVID-19 virus began spreading worldwide. Largely due to limited medical facilities, the Bahamian government quickly initiated stringent lockdown measures, which included evacuating all visitors, volunteer workers, and organizations. For many months, and with limited exceptions, Bahamians were not allowed to leave their houses.

The effect was catastrophic for a country dependent on tourism as its main source of income, let alone one recovering from a natural disaster. While the pandemic raged, rebuilding efforts slowed and, in some instances, ground to a halt.

Destruction from cay to cay
In January 2020, before the pandemic erupted, I had spent several hours in Marsh Harbor while on my way to Man-O-War Cay for a week of work. The closest way to describe the city then was to compare it to a bombed-out war zone—and that was after
several months of cleanup.

Then, earlier this year, I returned to the Bahamas, this time to minister the Word of God, encourage the believers, and assess the rebuilding efforts. I spent two and a half weeks visiting Marsh Harbor, Man-O-War Cay, and Green Turtle Cay. Transportation to and from each island proved challenging:

To get to Green Turtle Cay, for example, I rode in a water ferry from Man-O-War Cay to Marsh Harbor and then in a pickup truck to a believer’s place of business; from there, I traveled in a loaned vehicle to Treasure Cay, then in a water ferry to Green Turtle, and finally, in a golf cart throughout Green Turtle. Now, imagine reversing the process for the return trip. Convoluted transportation like this is a normal part of island life, but for a while, it became more complicated after Hurricane Dorian’s destruction.

Thankfulness and hopeful signs
While in the Bahamas, I stayed with believers whose house had suffered only minor damage. I visited believers’ homes that had been completely rebuilt and spoke with about 35 people. Once again, I heard harrowing accounts of what people had endured. Many are still emotionally raw when they recount near-death experiences and the force of the storm. Yet thankfulness to God overflows.

All around, I saw signs of building and repair: new houses and the reopening of some businesses, schools, and churches. Following significant repairs, which funds from Christians around the world helped enable, Agape Christian School, connected with Marsh Harbor Gospel Chapel, resumed classes. However, it desperately needs more teachers.

Painfully slow and expensive repairs
Still, the storm’s damage and destruction remain evident. Houses and docks sit in disrepair. While some buildings have been demolished, others still need to be. Many people are rebuilding their houses only now, after more than two years. Some are also still waiting for electrical service in their homes, intermittently using portable generators, which require expensive fuel.

Some locals are waiting for repairs because the number of qualified skilled laborers, such as electricians, is limited. Others have to wait in line behind foreign second home owners, many of whom can afford to pay substantially more to have their homes worked on. Besides the long waits and limited skilled laborers, residents endure painfully slow and backlogged inspection times to obtain proper government permits.

Some people who fled the islands have chosen not to return and rebuild. Many who lost their businesses or jobs were forced to find different means of employment. Quite a few have turned to manual labor.

Still, the long-term prognosis is much brighter now than in 2020. As the COVID-19 pandemic appears to be subsiding, people are pushing to reopen the country to tourism. The government has relaxed certain protocols, and COVID-19 testing sites are easier and quicker to access. The Bahamas still needs outside volunteer help, since the limited number of able-bodied people here are focusing their energy on rebuilding houses. Materials, although expensive, are more available now.

The Lord’s generous people
God’s love moved believers around the world to reach out to those in need. The believers in the affected areas continue to express their deep gratitude for that help. May we continue to pray for the Bahamas and even to seek the Lord’s will about how to help them.

Larry Price is commended from Southside Bible Chapel and Hiawassa Bible Chapel in Florida. He is active in assembly work in central Florida and other areas, including the Bahamas.

Editor’s Note: To learn more about Hurricane Dorian and the early relief efforts, read the report that appeared in the December 2019 issue at CMML.us/magazine/archive.

Originally published in Missions magazine, June 2022. For more content, sign up for a free subscription (US) to Missions at CMML.us/magazine/subscribe.