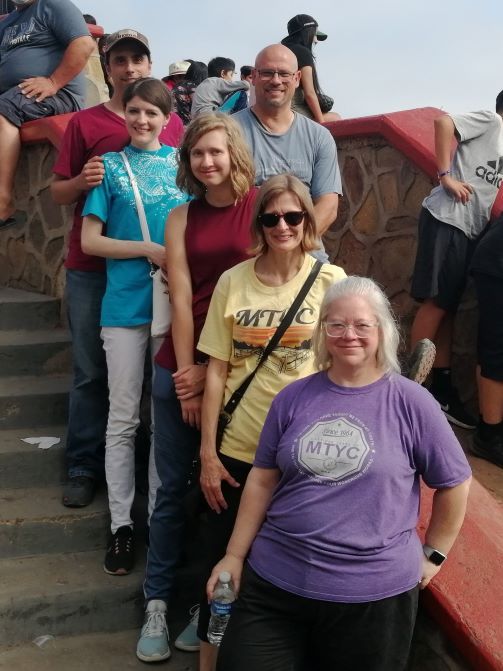 Since returning to North Carolina in 2020 to await Sarah’s US citizenship, we have developed ministries for the Spanish-speaking people around us while maintaining contact with the believers in Ensenada, Mexico, where we formerly served. One of our goals has been to organize a mission trip to Mexico. In the late summer of 2021, we hosted our first one, and the team comprised believers from our commending assembly, Shannon Hills Bible Chapel in Greensboro, North Carolina.

Our goal for the weeklong trip was to distribute tracts in Ensenada, run an English camp, and encourage La Iglesia Cañon Buena Vista—the church Sarah and I had worked with when we lived in Mexico.

Witnessing prayer's effectiveness
After much planning and many prayers, our team boarded a plane going west, taking us to our final destination, Ensenada. Before leaving, our small group of six voiced some fears and uncertainties, but we began our journey trusting God to work out all the details. It was fitting that, during our trip, we read R. C. Sproul’s Does Prayer Change Things? as our group's devotional. We prayed that the Lord would bless those in Mexico we would be ministering to and that we would be blessed too. Many believers were praying for this trip. Well, prayer did change things: it changed those we ministered to, but most importantly, it changed us.

Before the trip, I had asked each team member what we as a team could pray for. I witnessed a lot of tears due to honesty and openness, but the prayer request that touched me most was from a team member who was afraid of everything about our trip: She was scared of flying, she was scared of the border crossing, she was scared to be in Mexico, and she was probably scared of more. Yet she became an inspiration to me because I knew that, despite those fears, she was willing to follow God’s leading. If you were to see her now, you would know that prayer did change her. By day three in Mexico, she was loving everything about the trip, and afterward, she made it clear that she wanted to go back. That is what prayer can do.

Sharing Christ's love
Once we arrived in Mexico, we got to work. Nearly every morning during our weeklong trip, we would walk Ensenada’s dusty, hot, dirt roads, and as we walked, we would pray and distribute tracts to the people we saw. One individual we met turned around again after receiving the tract. I was sure he was going to ask this group of  foreigners for money. Instead, he introduced himself as Abel. With tears in his eyes, he told me about the sad situation he was in due to his own behavior and choices. I offered for the group to pray for him.

As we laid our hands on him and I prayed, the man himself started admitting his sin to God. I had not even mentioned sin to him. Though we never saw Abel again, I believe God placed us there at that time to pray for him. Please pray for his salvation and for the Lord to help him in his plight.

At around 2:00 p.m. every day, we conducted an English camp, which Sarah led. We were able to reach the lives of more than 50 kids. God truly blessed. On Friday night, we hosted a special parents’ night, and more than 80 people heard a clear gospel presentation. Please pray for these precious children and their parents.

Every evening, we led music, sang a special song, had someone from the church read one of our testimonies, and then, presented a short message. Scott Murphy, one of our team members, and I preached through a series called “Things Found.” We presented the stories of the lost sheep, the lost coin, and the lost son, pointing out that all of those things were also found. On Friday, we combined this evening meeting with the English camp closing program. We are thankful that the church was encouraged by this week of special meetings. Please pray that, at La Iglesia Cañon Buena Vista, God will continue to develop the believers’ faith in Him, their knowledge of His love for them,
and their service for Him. ■

Originally published in Missions magazine, January 2021. For more content, sign up for a free subscription (US) to Missions at CMML.us/magazine/subscribe.