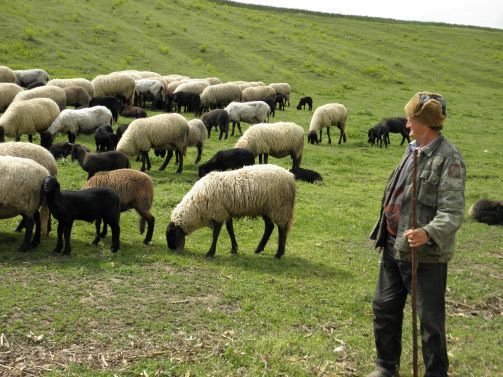 We arrived in Serbia in January 2005, spending our first night in a hotel. I still remember the clip-clop of horse’s hooves on the street below our window as a Roma (Gypsy) cart passed by and the grinding of the cement mixer in the neighboring lot as I woke up the next morning. We had just moved to a new country to live indefinitely, and all the unknowns hit me at that moment: Where will we live? Will I really be able to learn this language? Do I have the courage to preach the Gospel to these people? How will my family adjust?

What a God we serve! He proved faithful in every respect.

That very day, we found an apartment perfectly suited to our needs, and we registered for language school. The following Sunday, one of the main elders in the tiny assembly in Novi Sad took us to church. Our friend Miro, who had picked us up at the airport, helped with many of those first tasks that needed to be arranged.

In the following months, the believers from the assembly took us under their wing, helping us become established. Within the first two months, I was invited to teach at the HUB, a Bible school in the capital, Belgrade, that serves the Balkans. I taught a class on Acts 9–15, which I still teach today. God went before us in acquiring visas and residence permits, something that many people have trouble obtaining.

When we arrived, we had two boys, Dave and Will. Since then, God has blessed us with five more children: Joe, Katie, Peter, Bethie, and Timmy. After nearly three years in the apartment, we needed more space and a quieter setting. God opened the way for us to buy a house in a village outside Novi Sad—something we had not originally considered but, now, are so glad we did.

Life here has its challenges and difficulties. Being a missionary puts you at special risk of attack from the enemy. It provides you with many opportunities to humble yourself and admit failure. All of these trials have been God’s tools to mold Jenny and me as well as our children. The process is far from over, but we are thankful for our personal growth so far.

Sometimes, people say they admire our courage to move our family to a country like Serbia. But we have an admirable God who gives the grace necessary to do whatever He has commanded. If we obey, we will never look back and regret having obeyed God and taken steps of faith. I am confident that we are better off in every respect than if we had stayed in America. We have received more than we gave up in coming here. God is so good: He blesses the missionary with more than he or she can give away. God took what seemed like a daunting challenge to us and used it to bless us. All the glory belongs to Him.

The vast majority of the evangelical churches here are small, with 15–20 people. Other than the Brethren assemblies, the main evangelical denominations are Baptist, various forms of Pentecostal, Nazarenes (similar to Mennonite), and nondenominational churches. Among the traditional churches, like Slovak Lutheran and Hungarian Reformed, a few pastors are evangelical and preach the Gospel. Evangelicals, by the most accurate estimates, comprise less than one percent of the population. More than half of them live in the northern part of the country among the minority ethnic groups: Slovak, Hungarian, Romanian, and Roma.

Religious affiliation and belief are inseparable from ethnic identity in the Serbian mentality. Evangelical Christianity is seen as a foreign faith, and patriotic passions run high in Serbia. So Serbians view evangelicals as a “sect”—a word carrying much negative connotation here. It is not easy to be a believer in a country with so few people who are of “like precious faith.” (2 Peter 1:1)

Many of the young people who grow up in the evangelical churches either leave the faith or leave the country, hoping to find a better life in the West. As a result, many churches are weak, with little hope for future existence. This problem is especially pronounced among the Brethren assemblies. Of the 11 assemblies in Serbia, about half are on the brink of extinction. Others are in varying states of health. In Belgrade, the assembly disappeared several years ago. The building still stands, periodically used by another church. Amid this bleak picture, godly and faithful believers are praying and longing for new additions to their assemblies. Would you pray along with them?

Despite these challenges, people are coming to faith in small numbers. One group the Gospel has begun to reach is people with drug addictions. The desperation accompanying drug addiction seems to help break down the nationalistic resistance to the Gospel. A few evangelical rehab centers lead good ministries, and some people leave the programs radically saved and on fire for the Lord. They influence their families and other Orthodox people because they are evidence that the evangelical church’s teaching has power. Some attend the Bible school when they leave the rehab centers, and we are privileged to have them.

A bright spot is a group of young people who study the Bible and pray together in the leading assembly in Bački Petrovac. In recent months, they have seen a few conversions. They also seek ways to evangelize their classmates.

Another ray of hope is the number of new Roma believers coming into the assembly circles. A group of younger, growing believers—mostly Roma—meet in Kikinda, in a new chapel built with help from believers in Northern Ireland. In Belgrade, another Roma group in various stages of spiritual health has affiliated with the assemblies. We are working with them in evangelism and discipleship, hoping that they can resume regular Sunday meetings soon.

Currently, Roma are the people initially most open to the Gospel in Serbia. We see much potential for evangelism among them but few workers. Thousands of Roma have come up from poorer parts of southern Serbia to live around Belgrade. They construct makeshift dwellings on public property just outside the city and make a living by collecting recyclable materials and used merchandise. These communities are full of children and are potential fields for evangelism.

However, one obstacle to the Gospel is the prevalent use of humanitarian aid. Because of such aid over the years, many Roma are accustomed to the Gospel being attached to a “packet,” or financial assistance. It is easy to quickly gather people around a program of aid distribution—even baptizing them after they make some profession of faith—but, often, their lives do not change. Great care must be taken that the help does not end up hurting lives in the long run.

In other cases, many Roma will seem interested in what you have to say until they find out that you aren’t offering material benefits. The challenge is making them aware of their spiritual need so they will continue to listen.

We need prayer for ourselves, that we may speak the Word in such a way that it will persuade the hearers. We are aware that it is a work of God’s power through His Spirit. “Continue earnestly in prayer, being vigilant in it with thanksgiving; meanwhile praying also for us, that God would open to us a door for the word, to speak the mystery of Christ, for which I am also in chains, that I may make it manifest, as I ought to speak.” (Colossians 4:2–4)

The believers in Serbia need prayer. Pray that they “may stand perfect and complete in all the will of God.” (Colossians 4:12) Pray “always with all prayer and supplication in the Spirit, being watchful to this end with all perseverance and supplication for all the saints.” (Ephesians 6:18)

Pray that God’s Word will spread throughout the land of Serbia and soak into all the nooks and crannies. Pray that it will crack and penetrate hardened hearts. The Word runs by the feet of God’s people who are given to preaching and witnessing. Pray that the Lord will raise up evangelists here or bring them from afar if necessary. “Pray for us, that the Word of the Lord may run swiftly and be glorified, just as it is with you.” (2 Thessalonians 3:1)

After more than 16 years, Serbia has become our family’s home. God has given us a love for the people and enabled us to enjoy life in this country. God blesses the way of those who commit their way to Him. We encourage each of you to step out in faith on whatever path God is putting before you. Truly, He will never be any man’s debtor. ■

Steve and Jenny Luibrand are commended from Stevensville Bible Chapel in Stevensville, Montana.

Originally published in Missions magazine, September 2021. For more content, sign up for a free subscription (US) to Missions at CMML.us/magazine/subscribe.