Thinking It Through: Missions and the Indestructible Word 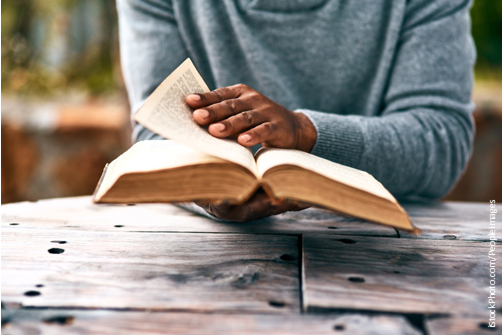 Border closures, economic disruption, quarantining, natural disasters, and warfare—all of these situations hinder believers in their labors for God. From its inception, the church has faced tremendous obstacles. Yet, looking at the Bible, we see that famine, persecution, exile, imprisonment, or shipwrecks could not derail God’s mission. (1) For example, instead of halting the Gospel’s progress, Stephen’s murder actually scattered the saints like seeds, thereby producing a harvest beyond Israel’s borders. (2) That era’s chief persecutor, Paul, was dramatically saved and transformed into one of Christ’s leading missionaries. The Almighty has not changed and is building His church amid the modern world’s turmoil. His Word cannot be stopped.

The indestructible Word of God assures believers of the Great Commission’s success. (3) The psalmist declares: “Forever, O Lord, your word is firmly fixed in the heavens.” (4) Jesus, the head of the church, agreed, affirming that “the Scripture cannot be broken.” (5) Paul believed this and asked for prayer for the Bible’s inexorable progress: “Finally, brethren, pray for us, that the word of the Lord may run swiftly and be glorified, just as it is with you, and that we may be delivered from unreasonable and wicked men; for not all have faith.” (6)

Even when those “wicked men” oppose, criticize, or burn the Bible, it still marches into the globe’s most difficult regions under even authoritarian regimes. Historian Edward Smither addresses this phenomenon in his book Christian Mission: “At times, the Bible was able to reach places that missionaries could not physically access. For example, two of the four Gospels in Korean were translated outside the country and then smuggled in. When the first Protestant missionaries arrived in the late 19th century, they encountered Korean believers ready for baptism who had already believed the Gospel through reading these Scriptures.” (7) Truly, there are no closed countries to the Lord of the harvest.

In 1997, while speaking of the recently opened Iron Curtain during a sermon, author David Gooding offered this account:

Certain dear men of God, convinced of the value of the Word of God, in the bad old days when it was dangerous in Romania, used to get themselves across the border by one means and another. They would go along to various assemblies and ask the elders, “Have you anybody here that could profit from rigorous, systematic study of Scripture?” And quietly and secretly, men would be chosen out, and they would go off in secret, sometimes in the depths of the winter, up to the tops of the mountains, in the remote forests where no one would know they were there, not even the forest rangers. And, with deep snow upon the ground, they would live in tents. They wouldn’t be allowed to know the names of the men who were visiting them from the West to teach them the Word of God in case they got caught, and they could be tortured into confessing who the men’s names were. There, in those conditions, they sought God and studied His Word. It’s no wonder that they’ve come to love it, and proved it to be the word of the living God; and now, [they] seek to study it with all their might and main and lead the assemblies and churches into a similar study. (8)

Regarding the Reformation, Martin Luther famously said: “I did nothing; the Word did it all.” (9) Every saint knows what he meant because that same omnipotent Word effects salvation. (10) To obey our Lord, we must love His Word and proclaim it boldly in this fallen world. In the Bible lies God’s power for salvation, and the church has no other sword. (11) ■

Keith Keyser is a commended worker based in Pennsylvania.

Originally published in Missions magazine, April 2022. For more content, sign up for a free subscription (US) to Missions at CMML.us/magazine/subscribe.